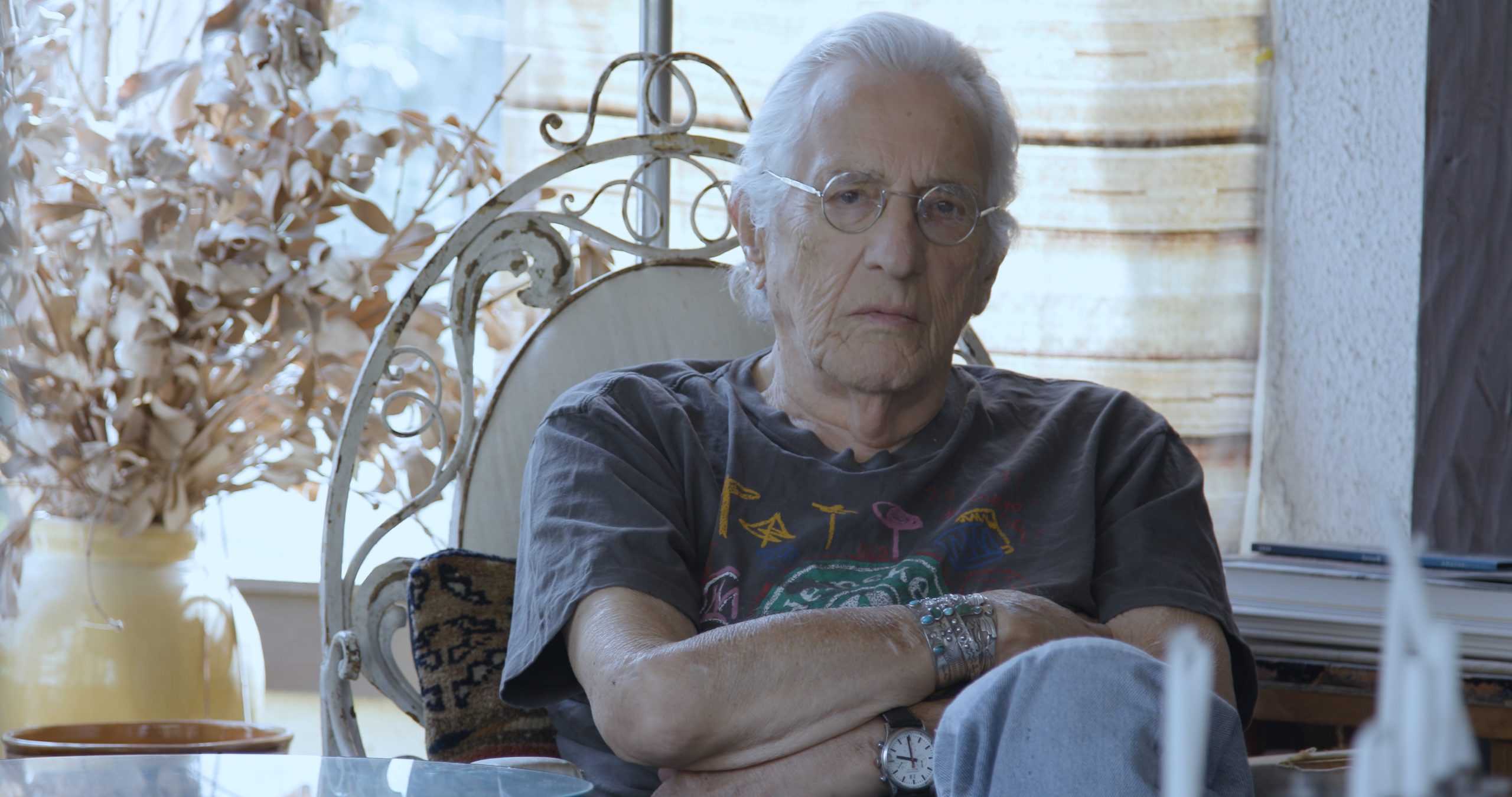 This week, HV released the newest episode of our EXCLUSIVE original series The Art of Art. Hosted by artist Shane Guffogg, the show features in depth conversations between Shane and other artists in the contemporary LA art scene. The first episodes explored the world of expressionist painter Laura Hipke. In this newest release, Shane sits down with the abstract artist Stanley Dorfman.

Born in South Africa, Stanley Dorfman studied painting at the legendary St. Ives School in England under Barbara Hepworth and Ben Nicholson. In this stage of his career, Stanley developed a purely abstract style that balanced color and shape. He showed with the Penwith Society of Arts and in a well-received exhibition at the Redfern Gallery in London. His more recent works, however, are less purely abstract, more freewheeling in their lines. Indeed, even musical.

Perhaps that’s because in between St. Ives and his contemporary work, Stanley Dorfman pioneered music TV and video. As a director and producer with Top of the Pops in the 1960’s and 70’s, Stanley worked with rock n’ roll legends like the Rolling Stones, Jimi Hendrix, David Bowie, even some band called the Beatles. At one point, he had to beg the BBC to let an unknown American singer-songwriter named James Taylor appear on the program. His life as a music impresario witnessed him go from a youth protest concert against apartheid in his home country to that 🦇💩 crazy Woodstock in 1999. However, he never lost his love for painting and the arts. He returned to painting in the 1990’s and has continued pursuing his earlier creative passion. The titles of his newer pieces even honor his background in rock music: Good Vibrations, La Bamba, Imagine.

To hear more about Stanley’s fascinating life in music and how it informs his painting today, watch his first episode on HV!