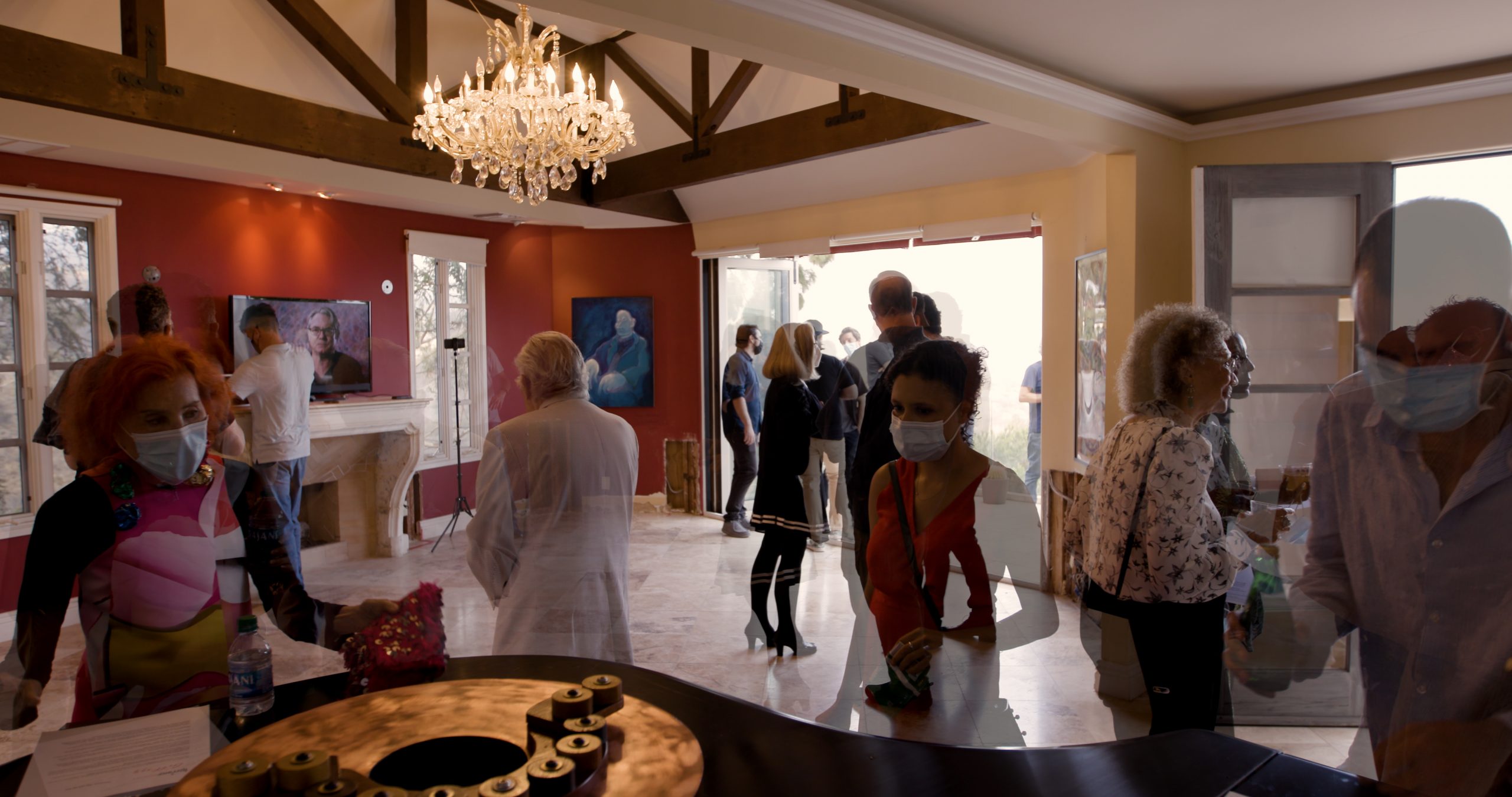 Over the summer, HV hosted our first LIVE & IN PERSON event in celebration of

The event took place at a pop-up brick-and-mortar space in LA. We were proud to premiere the first episode of our new original series, which is hosted and co-produced by Shane Guffogg. The sneak peek at the series highlighted the unique painting style and techniques of Laura Hipke, who attended the event along with Shane and others featured in the show including: Stanley Dorfman, Mark Acetelli, Susanna Schulten, Michael A. Rosenfeld, choreographer Mpambo Wina, and Luke & Holly Rothschild of the multi-media music ensemble String Theory.

Works by these artists were on display throughout the evening, along with pieces by Jose “Prime” Reza, Jim McHugh, Raymond J. Barry, Vonn Sumner, and Michael Lindsay-Hogg who also appear in the show. We were thrilled at the turnout and reception to the series. The event was coordinated with curator/HV Featured Member Victoria Chapman and gallerist Adam Gross. It could not have turned into such a success without everyone’s help! We would like to extend our thanks to the artists and HV members who joined us for our debut in-person event.

At HV, we look forward to more live events such as this as part of our commitment to the independent arts. While some of these may be virtual for both practical and safety reasons, we also believe in the real thing. To learn more about HV member exclusive events – INCLUDING ONE NEXT MONTH – join or renew today! Memberships start at the price of a cup of coffee. Your patronage helps support the next generation of independent artists and storytellers.