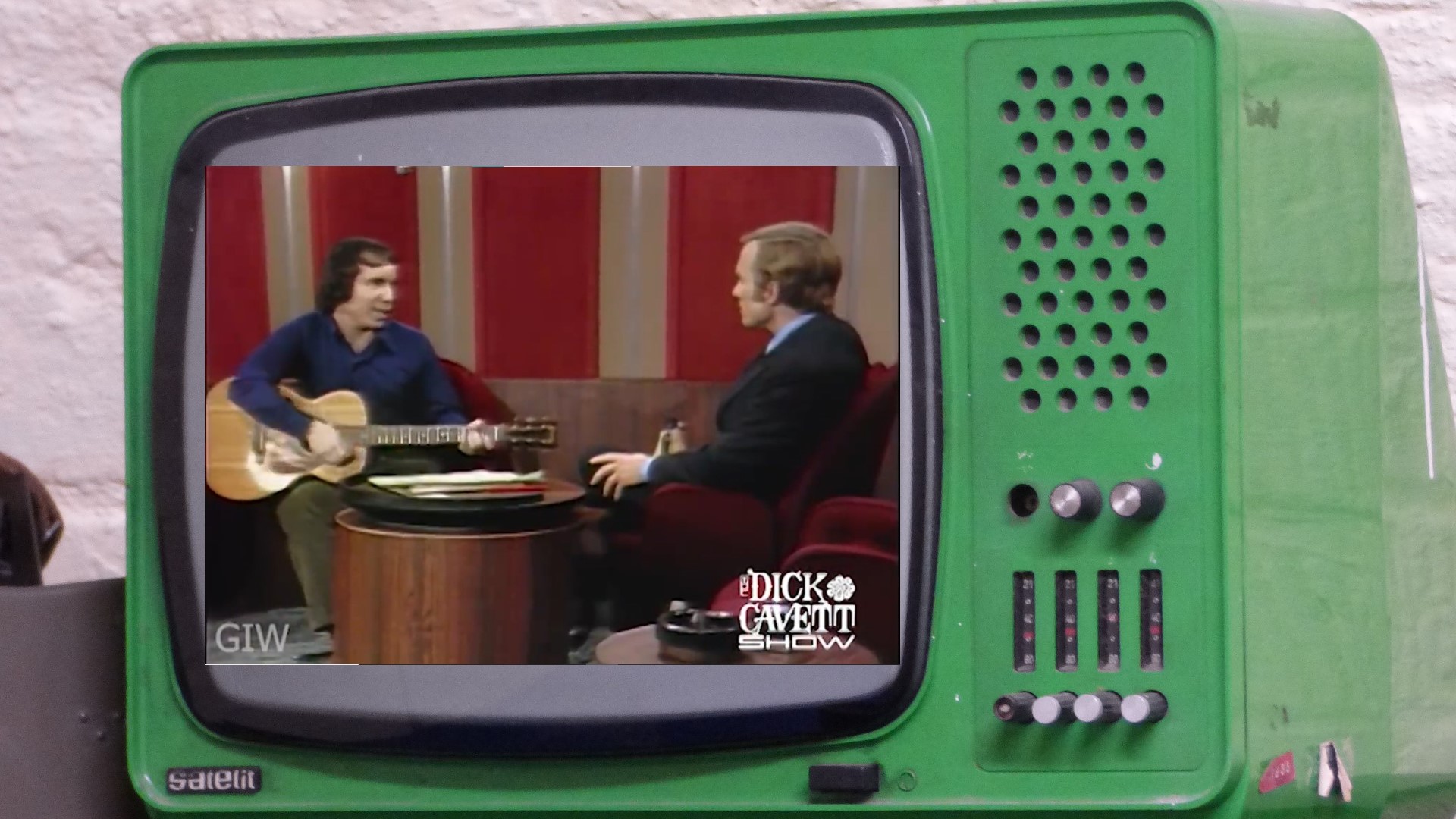 How does one of the greatest, most memorable pop/folk songs ever recorded come to life? Apparently off the top of the head.

In this vintage interview with Dick Cavett and Paul Simon, the legendary singer-songwriter describes the process behind composing “Mrs. Robinson” (with a heartwarming but humorous apology to the real-life Mr. Robinson, Mel Brooks). Per Simon, he was simply riffing on his guitar with The Graduate director Mike Nichols and allowing the lyrics to flow from his stream of consciousness. Perhaps the most interesting glimpse into the overall creative process is Simon recounting Nichols’s note on fitting form to function. Originally, Simon had composed the chorus line as “God bless you please, Mrs. Roosevelt” instead of Mrs. Robinson. Cavett was an intelligent, quick-witted interviewer, and here he deftly chimes in that Mrs. Roosevelt would have been a much different movie. While Simon tries to play it cool, the look on his face suggests he still holds a little creative resentment to the editing down of his subconscious stream. For a short snippet of a network TV interview, it’s a fascinating insight at how inspiration can come together “on the spot” as Simon describes it. This is a must watch piece for anyone interested in songwriting or just pop cultural history. Maybe now we should be asking where have you gone, Dick Cavett?