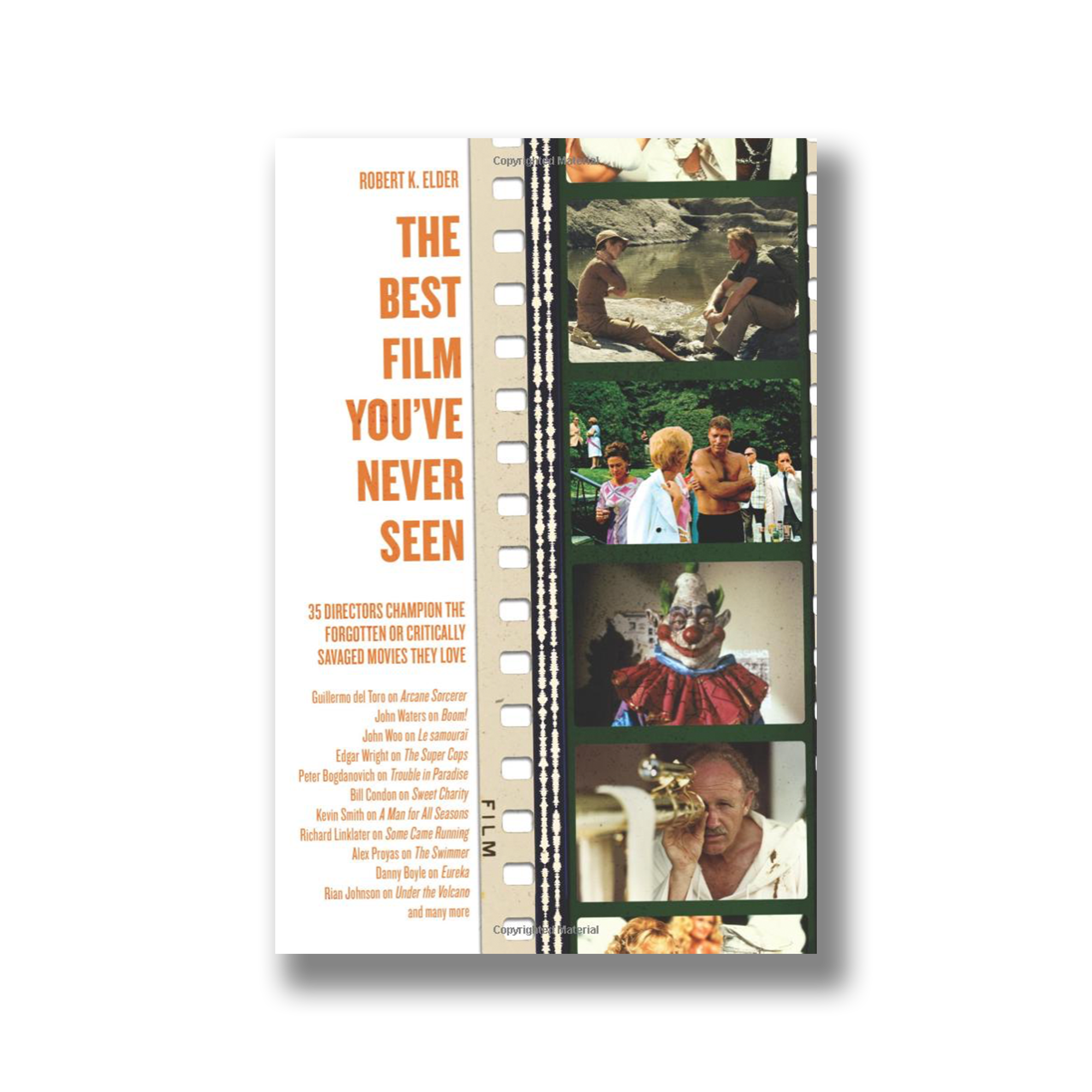 In this book, 35 directors champion their favorite overlooked or critically savaged gems. Among these guilty pleasures, almost-masterpieces, and undeniable classics in need of revival are unsung noirs (Murder by Contract), famous flops (Can’t Stop the Music, Joe Versus the Volcano), art films (L’ange), theatrical adaptations (The Iceman Cometh), B-movies (Killer Klowns from Outer Space), and even a few Oscar-winners (Some Came Running).

In these conversations, the filmmakers defend their choices. These films, they argue, deserve a larger audience and for their place in movie history to be reconsidered. But the conversations’ tangents, diversions, and side trips provide as much insight into the directors’ own approach to moviemaking as into the film they’re discussing. The filmmakers are the perfect hosts, often setting the tone, managing expectations, and giving advice about how you should watch each movie. They’re often brutally honest about a film’s shortcomings or the reasons why it was lost in the first place.

The Best Film You’ve Never Seen is not only a guide to some badly overlooked movies but a bold attempt to rewrite film history.