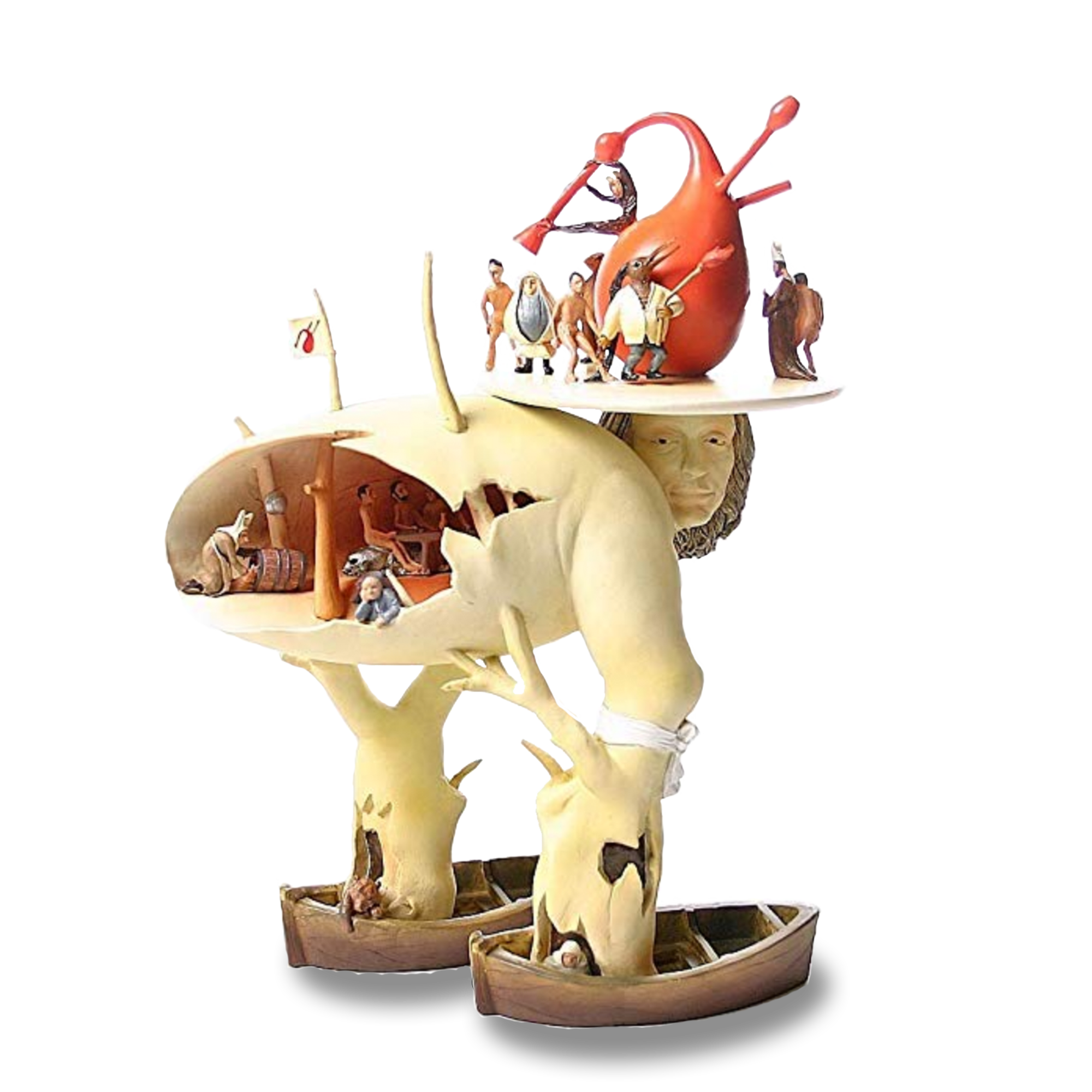 From an artistic point of view, the world famous brilliant forerunner of surrealism was, in his day, unique and radically different. Hieronymus (Jeroen for short) Bosch was born (ca. 1450-1516) during the transition from the Middle Ages to the Renaissance in ‘s-Hertogenbosch, in the Duchy of Brabant. Bosch places visionary images in a hostile world full of mysticism, with the conviction that the human being, due to its own stupidity and sinfulness has become prey to the devil himself. He holds a mirror to the world with his cerebral irony and magical symbolism, sparing no one. He aims his mocking arrows equally well at the hypocrisy of the clergy as the extravagance of the nobility and the immorality of the people. Hieronymus Bosch’s style arises from the tradition of the book illuminations (manuscript illustrations from the Middle Ages). The caricatured representation of evil tones down its terrifying implications, but also serves as a defiant warning with a theological basis. THE GARDEN OF EARTHLY DELIGHTS Hieronymus Bosch shows us how we mortal souls, arisen from earthly paradise, are on our way to the atrocious ordeals of hell via our unchaste lives on earth. The dark painting on the closed panels shows the Creation, surrounded by water, in accordance with medieval traditions. Many recognize a self-portrait in one of Bosch’s most famous hybrid creatures. The hollow space in the egg-shaped body offers space for a pub. All breaks adrift through the two boats in which the tree-shaped paws are situated. Music and dance may have lead to licentiousness, symbolized by the bagpipes on the headgear. Parastone, a renown European collectible figurine manufacturer, has masterfully brought to life this legendary iconic painting of the Tree Man by late Medieval / early Renaissance artist Hieronymus Bosch, as an intricate 3D statue adaptation in the greatest detail.