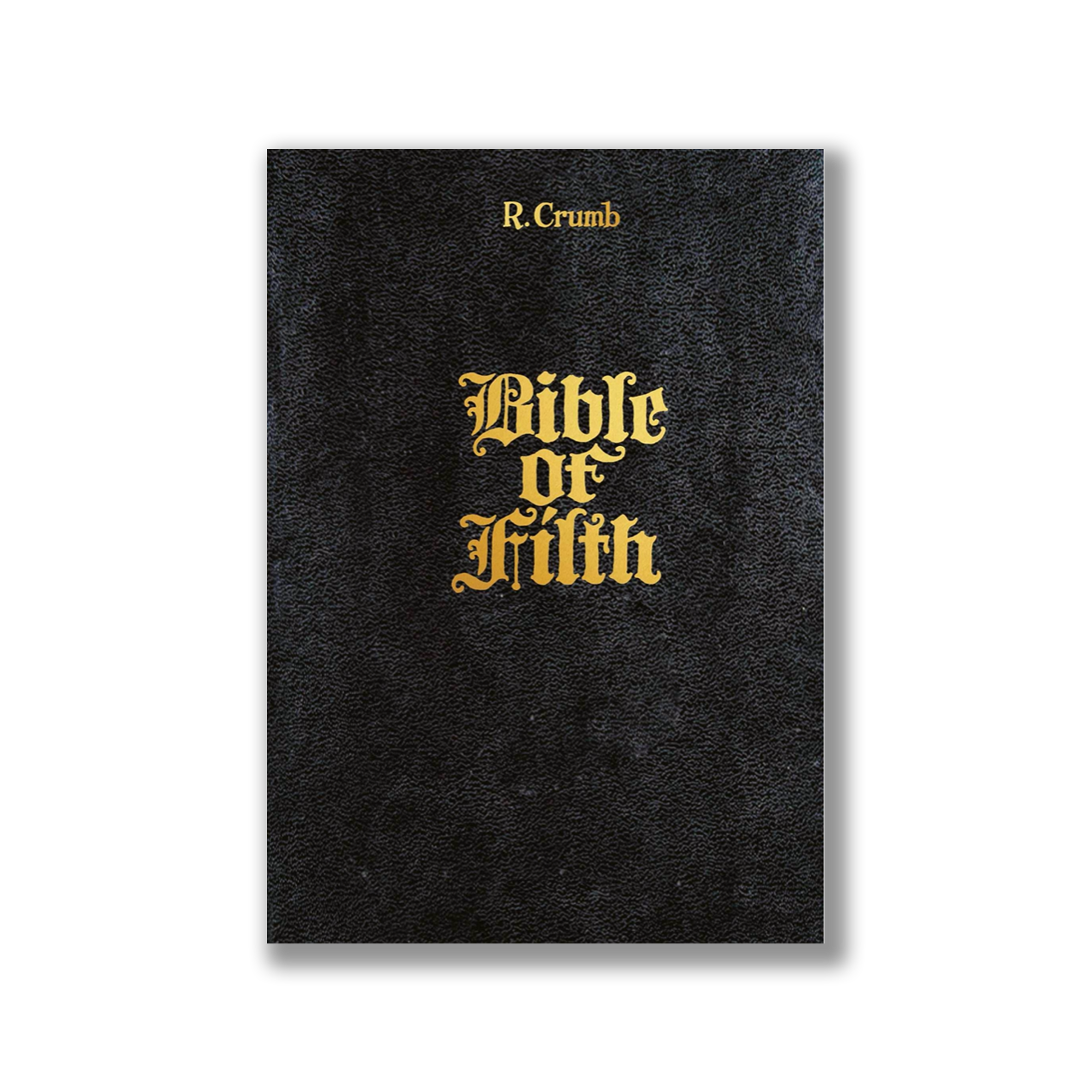 Featuring R. Crumb’s most outrageous sexual comics, Bible of Filth is possibly the dirtiest book around. One of America’s most celebrated cartoonists, Crumb helped define cartoon and punk subcultures of the 1960s and 1970s with comic strips like Fritz the Cat, Mr. Natural, and Keep on Truckin’. The open sexuality of his work, paired with frequent self-deprecation and a free, almost stream-of-consciousness style, has made Crumb into a global voice and a renowned contemporary artist. Originally published in France in 1986 by Futuropolis, the first edition of Bible of Filth was never distributed in the United States because of its graphic sexual content, which included some of Crumb’s most explicit comics from underground magazines such as Snatch, Jiz, Zap, XYZ, Big Ass, and Uneeda. This revised and expanded English edition, published by David Zwirner Books, contains all the original pieces from the 1986 volume, with over one hundred pages of additional material. Organized chronologically, there are comics from 1968 to 1986 that were omitted from the first edition and an entirely new selection of work from after 1986. Printed on bible paper and bound in leather, with gold debossing and edging, this volume looks and feels like a traditional bible, with no outward suggestion of what it contains. This revised and expanded Bible of Filth is the perfect introduction for newcomers, while retaining its status as an important collector’s item for Crumb enthusiasts around the world.